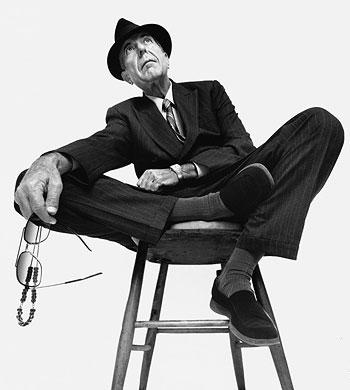 Might as well get this started now. Seeing as I've finished two pretty long threads something like this, I thought I'd move on to the delights of Leonard Cohen's discography as a next move. He may not exactly be one of the most talented vocalists ever or as stylistically versatile as some singer-songwriters I've seen fit to drone on about, but for me this man pulls off atmosphere better than any of contemporaries and, on top of that, he's probably my favourite ever lyricist as well. That and how I think of his output as being fairly consistent makes him one of my favourites by a long shot, and since he doesn't exactly get a mention around here as often as some makes it quite tempting to start a long-winded and pretentious thread about his discography. As with my other discography thread, I'll only be doing official studio albums like so;

First review's going up tomorrow... maybe. This should keep me occupied for another few months at least.