I am not sure how many fans of Dave Matthews Band there are on here. I'll give this review a shot regardless. I will try not to be too critical :pimp:


Regardless of whether you enjoy Dave Matthews Band, or not, you have to agree that they are all consummate musicians. Dave in my opinion is the least talented one. This is purely subjective, but his musical skill is lacking comparatively to Lessard (bassist) and definitely Beauford (percussion). 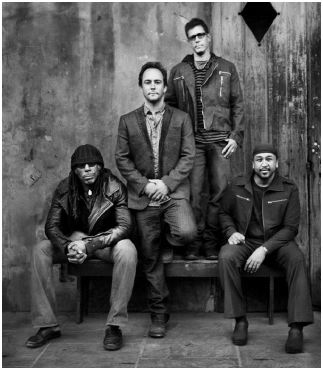 Tim Reynolds also layed down guitar on this album. I have absolutely nothing to complain about there lol.

However, Dave is by far, by far, the best composer of the group. The passion of the songs he writes inspires me. His original strumming, and strange vocal madness used to persist in every song. "There would be no John Mayer, without a David Matthews." - John Mayer

This leads me into Big Whisky . The band has been mournful over the death of Leroi Moore (their saxophonist), so when I first opened the cd I expected to hear raw, powerful emotion. Instead what I heard was simply a mess of differing direction in the band. The writing needs to be let to Dave, and Dave alone. He filled the band with great musicians, who all knew that HE was the writer.


There was a few good songs on the album. I know this. These few good songs were written by Dave alone, like in their earlier albums. "Time Bomb" and "You and Me".

I have been patient with this band for years, because I know that Dave has more to offer. They all do.

"Funny the Way It Is" - This song gave me hope that the whole band can work together, to produce worthwhile music with real soul in it. The drumming is immaculate. The guitar is very powerful, and the offbeat violin riffs were sublime. The whole song had direction. The direction was ambivalence, which I think is ironic.

Overall I will give the album 6/10. Some parts were okay, but it didn't pass. I know they sold almost 400,000 albums in the first week alone. This album was the last straw after "Stand Up". I will not be purchasing their next album, or any predecessor until I hear Dave is the only writer of the songs.